A dysfunctional family on Father’s Day subconsciously want to kill each other and do, several times.

It’s Father’s day and everyone gathers to give presents to grandpa and dad. Grandma has an anger-thing going towards grandpa. Grandpa retaliates by shooting her. In that moment of frenzy, all are shocked. Then the action picks up as if nothing happened. This continues with a conflict between dad and mom, and the son and daughter. Then the daughter, has had enough. She puts the gun to head to kill herself. The family tries to talk her out of it, but their heart isn’t really not into it. A play with an anti-gun message.

Produced at Mid Michigan College (1995), and a staged reading a Chicago Dramatists Workshop. 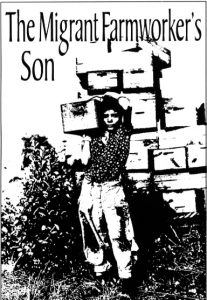 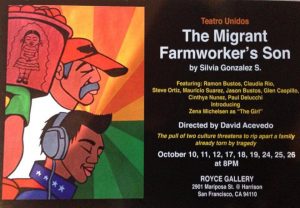 Natasha Woods is the host of The Narsissistic Personality Disorder Radio Show. She is not a licensed therapist, but a family member has the disorder–her mother. When her mother calls into the show to declare her innocence, the boundaries of medical health become blurred.

Produced by Stockyard Theatre Project in September 2001, and presented at the Arlington Center for the Arts, Massachuttes November 2,3, 2001. ****I don’t ask for royalties on this play.