Joaquin Murrieta ‘My quest for justice’

Posted by Staff on September 19, 2018 in Productions 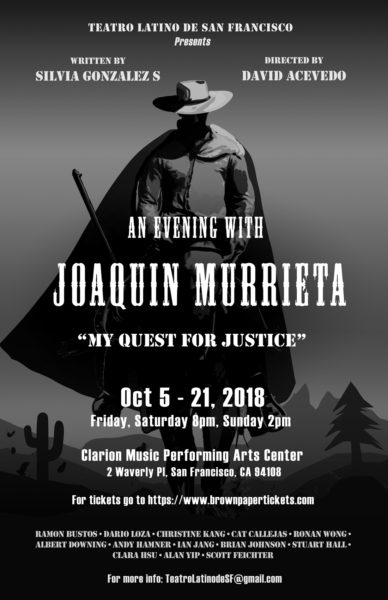 During the chaotic and discriminatory Gold-Rush era, Joaquin Murrieta was considered a bandit in the eye of authorities. Thirty years later, Joaquin recounts the dark times and sets the record straight—the head that was put in a jar by California Ranger Harry Love was not his!